You are here:
Information Technology 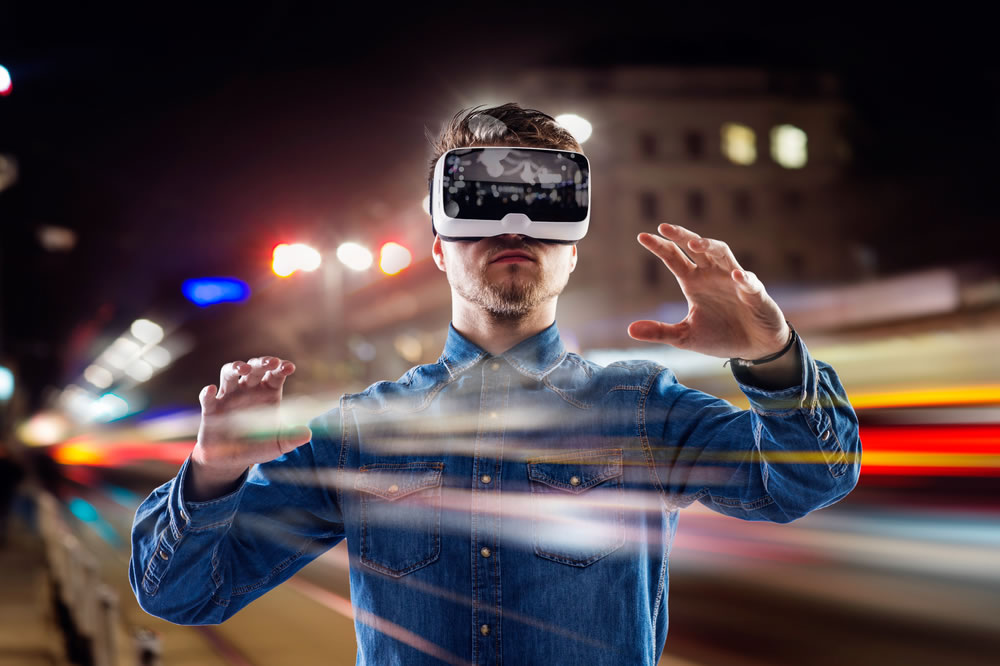 If, like me, you used to get very excited watching Tomorrow’s World and films like The Lawnmower Man or The Matrix, then you’ve probably been wondering why we can’t yet take a virtual holiday on Mars.  The technology that has always been just around the corner has finally arrived and here at Wilson Computers, we have been having lots of fun trying it out. So is VR just a bit of fun or are there practical uses that your business can take advantage of using Virtual Reality in Northern Ireland?  First, let’s take a look at the technology that is available.

Google has been a major player in the early days of VR and their Cardboard project gives users a cheap and easy way to experience basic VR by sliding a mobile phone into a cardboard caddy.  This is a great introduction to VR and they are soon to release Daydream which will take things to the next level with more advanced tracking and controls. We will also see more phones being released as “Daydream Ready” meaning they are optimised for VR.  Samsung currently offers the best VR mobile experience with their GearVR headset and controller that pair with their higher-end phones.

Next month (October 2016) Sony will be first out of the blocks with their Playstation VR headset which will work with their existing and upgraded Playstation 4 consoles.  This is a far superior system to current mobile offerings and there’s an extensive library of games being released on launch day.  The Sony system takes advantage of the existing Playstation Camera and Move controllers meaning that your hand movements can be accurately tracked adding an extra level of immersion to many of the games.  Microsoft has yet to reveal their hand but it can be guaranteed they won’t far behind.

For the ultimate VR experience, nothing comes close to the PC VR kits at the moment.  There are two competing companies in the field, HTC and Oculus. Oculus, now owned by Facebook, was the first to market with their Rift headset, followed shortly after by HTC with their Vive.  Both systems require a powerful PC to drive them and the headsets themselves are very similar.  The big difference at the moment is that the Rift is a seated experience whereas with the Vive you can walk around in your virtual universe. This really puts the Vive in a league of its own, although with the introduction of touch controllers and an extra tracking camera for the Rift, it won’t be long until we should see a similar experience.

Our VR Demo in Bangor

If you made it along to our demo day here at the office, you will know what it’s like to duck under a virtual table, sidestep an imaginary arrow or high five the virtual incarnation of someone who is thousands of miles away.  The level of immersion is breath-taking and really has to be experienced to be believed.

So I’m sure you’re thinking this sounds like great fun but what can all this stuff actually be used for?

Entertainment Use of VR

Although gaming may be the most obvious use, there are many ways to use the technology that aren’t immediately apparent.  For example, there are some very heart-warming accounts of people spending time with relatives or friends abroad by meeting up for a game of virtual pool, watching a film in a virtual cinema or hanging out in a virtual bar.  There are also many experiences and we have already seen the ability to sit at the front row of a major sporting event or a concert.  Fancy climbing Everest?  No problem!  Walking on Mars?  Easy!  It really is exciting to think about what sort of experiences we can expect in the future.  I’m particularly looking forward to being inside an F1 car when the lights go out at Monaco or Spa.  As an able-bodied person this is all very appealing but for someone who has limited mobility or has difficulty leaving the house, this could be life-changing.

Business Use for VR

Although things are still in the early stages we are already seeing examples of how this could transform how we do business in the future. Ikea was one of the first companies to release software for the Vive and although it is merely a demo, it shows how in future businesses in Belfast and Nothern Ireland will need to adapt to keep up. The days of wondering if something will fit or if a colour “goes” or not could be numbered as we see the showroom being transported into the customer’s home.  In fact, some car showrooms are already letting their customers don a headset and pick their alloys, interior or paint job. There are many design uses for VR too. Architects, designers and engineers already use I.T. to create their models and the ability to enter the same virtual space as a design is going to add a whole new dimension to design for both the creator and their client.  Training is another area where Virtual Reality in Northern Ireland can be utilised giving trainees the ability to practice a task without having to shut down a system or without the risk of causing any damage.

There is no doubt in my mind that VR and its little brother AR (Augmented Reality) are going to play a major role in everyone’s lives in the future.  There also could be opportunities for businesses in Northern Ireland to get that extra competitive edge by being early adopters but right now my advice would be to wait for the technology to mature.

Here at Wilson Computers, we will be keeping a keen eye on the technology as it evolves so we can keep our clients informed on benefits for businesses of Virtual Reality in Northern Ireland. Over the next few months we will also be setting up bespoke home installs so if you know anyone who wants the ultimate Christmas present then let us know and we can provide a free quote. We’re always happy to help so please feel free to get in touch.

Is Your Provider Doing Things You Don’t Know About?
September 4, 2019